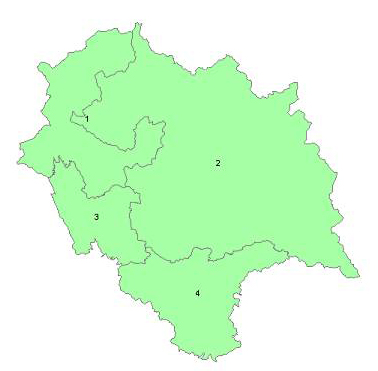 Mandi Lok Sabha constituency is one of the four Lok Sabha (parliamentary) constituencies in Himachal Pradesh state in northern India.Pratibha Singh (born 16 June 1956) is current member of Lok Sabha from Mandi.Mandi Parliamentary constituency already emerged as a hot bed of politics where not only the BJP and the Congress will fight for their prestige, but is the only seat in the state where the Left front has popped up a candidate. The constituency was represented by Rani Amrit Kaur of the erstwhile Patiala state during 1952-57, while these areas of Himachal were still part of Punjab. In the Lok Sabha elections that followed in 1957, the seat was represented by Raja Joginder Sen of the erstwhile Mandi state, who represented the seat till 1962. In the following elections that year Raja Lalit Sen of Sundarnagar or the erstwhile Suket state was elected. He repeated his victory in the 1967 elections.

However, in period from 1977 to 1979, the constituency was represented by Ganga Singh who represented the Janata Party, which came to power at the centre immediately after the elections that followed the imposition of emergency in the country and the Congress, under Indira Gandhi was routed. He defeated Congress candidate Virbhadra Singh.